European and international HR law, and the case law of the ECtHR in particular, have had a tremendous impact on the rights of individuals at the national level. However, the European and international HR systems have exerted notable influence beyond the cases of individual applicants. International HR regimes have also impinged upon case-law of domestic apex courts, national legislation, concept of separation of powers and political systems as such. This latter set of issues came to the spotlight only recently, but so far has not been studied in a comprehensive manner. Most of the literature focuses on larger European states and tends to overlook potential specifics of CEE countries. 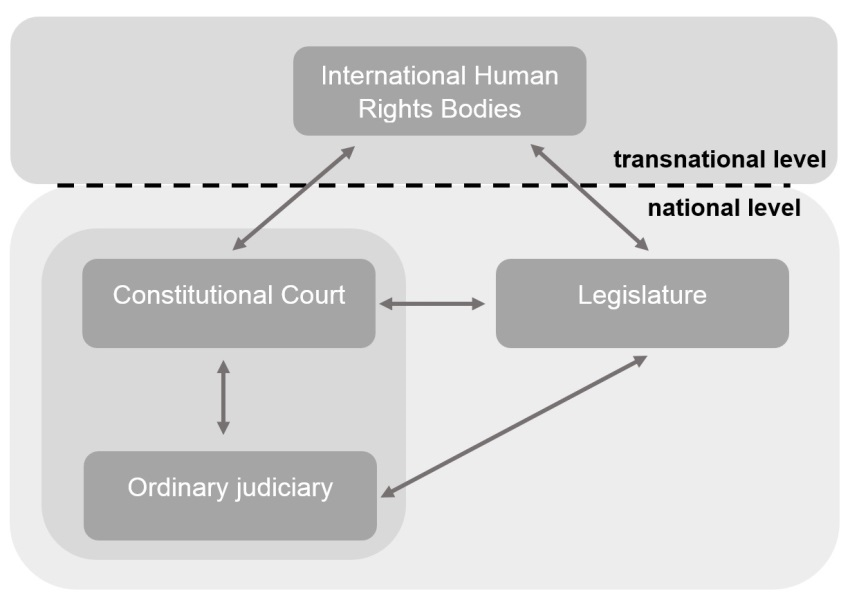 The project “Beyond Compliance” was based on explorative approach and aimed to fill this gap. It contributed to and extended the debate through addressing the question of how the ECtHR and other international HR bodies influence domestic politics and law in the Czech Republic and Slovakia - in two representatives of young CEE democracies, states with very similar historical legacies, concepts of separation of powers and the rule of law, and judicial cultures. The research team developed a comprehensive dataset of the national top courts' case law and legislative measures implementing the jurisprudence of the ECtHR and other international human rights bodies. In addition to the complex study of the Czech and Slovak compliance practice, the project used of the comparative design and elaborated on the elements which promote/hinder the influence of international HR norms beyond individual cases.

The major challenge of the project was that we know surprisingly little about the implementation of international HR case law in the Czech Republic and Slovakia and even less about the repercussions of this case law for the legislature and top courts. However, we need to understand it, because international HR case law may alter domestic politics and separation of powers, interpretation of domestic constitution and even change the way people think about law. The aim of the project was to analyze the impact of the ECtHR and core UN human rights treaty bodies on Slovakian and Czech top national courts and parliaments. This included an analysis of references to the ECHR and ECtHR case law and to other international HR treaties, the ‘jurisprudence’ and other relevant documents of selected UN human rights treaty bodies in decisions of top national courts (the Supreme Court and the Constitutional Court in Slovakia; the Constitutional Court, the Supreme Court and the Supreme Administrative Court in the Czech Republic). The analysis was followed by a comparison of results of using the ECHR, international HR treaties, Strasbourg case law and decisions of other HR bodies in Czech and Slovak practice (legitimate uses and abuses, quantity of used citation, obsolete citations, “fig leave” citations, cluster citations, misinterpretation). With regards to the parliaments, the research included identification of international HR jurisprudence which led to the amendment of relevant legislation.