In any society, informal rules of the game are as important as formal institutions. Hence, if we want to understand the quality of the democracy of any country, we also need to understand informal rules and practices operating therein. This also applies to the judiciary. We aim to explore the effect of these informal judicial institutions on the quality of democracy, asking to what extent they open the door to the democratic decay of (judicial) institutions or how they help to build institutional democratic resilience.

The INFINITY project, funded by an ERC Consolidation Grant (2021-2026), seeks to fill this knowledge gap and asks the key research question of what role informal relations between judges and political actors play in the erosion of democracy.

“How informal institutions affect functioning of the judiciary?”

INFINITY adopts a comparative approach as it builds on insights from 10+ theoretically selected cases covering “old” and “new” EU member states as well as the neighbouring countries mentioned in the table below. The selection of case studies is theoretically driven. The three groups of states provide general insights into all jurisdictions covered by INFINITY, comparing the workings of informal judicial institutions in new EU member states (currently facing attacks against the judiciary and emerging democratic decay), old EU member states (previously serving as an institutional example of transitioning post-communist Europe), and non-EU countries (both those that face serious challenges such as the corruption or politicisation of the judiciary and those that do not) to add further insights.

Existing between judges and non-judges (typically politicians, oligarchs or prosecutors). A majority of well-described inter-judicial informal institutions covers negative practices such as informal institutions between politicians and judges, judicial corruption and clientelistic networks with oligarchs. However, neutral (or even positive) informal inter-judicial rules and practices may also emerge in the dimension of judicial selection and appointments.

Emerging from interactions concerning the judiciary between non-judicial actors, such as politicians, private business actors (corporations, businessmen and oligarchs) and other legal professionals. Some of them carry positive/neutral and some negative consequences for the functioning of the judiciary. Most common examples cover political conventions and informal agreements regarding the selection of judges that may pursu 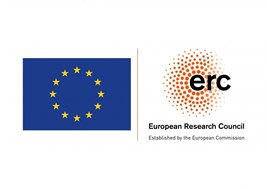